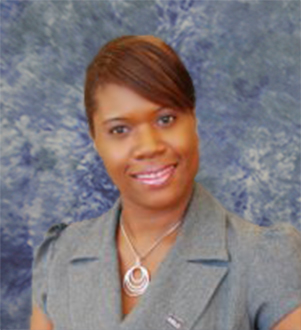 Shawna holds a Bachelor’s of Science degree in Business Economics from Florida A & M University.  She started her career in finance with Miami-Dade County government where she held several administrative positions during her 9 years there.  In 2003, Shawna obtained her 215 insurance license and began a career as an agent with AIG.  In 2007 she became an Associate Manager with AIG, a position she held for 7 years.  Shawna was ranked the #1 Associate Manager with AIG in 2013, earning her the industry’s Brian Early Award.  A boardmember for two years, Shawna has been a member of the National Association for Insurance and Financial Advisors for the last 14 years. She also obtained her Life Underwriter Training Council Fellow designation in 2013.

Shawna is a third generation insurance professional.  Her grandfather was an insurance agent in Albany, GA.  Her mother, Cheryl Josey, was an agent and manager with AIG for 20 years before retiring in 2011.

Shawna is currently an Associate Director with the South Florida office of Transamerica Agency Network.  She holds an insurance license in Florida, Georgia, Alabama, South Carolina, and Michigan.  Married for 20 years, she is also mother to a 16 year old daughter, and a 12 year old son.  Shawna loves to read and travel.